Cal Pennock Saw the Forest and the Trees 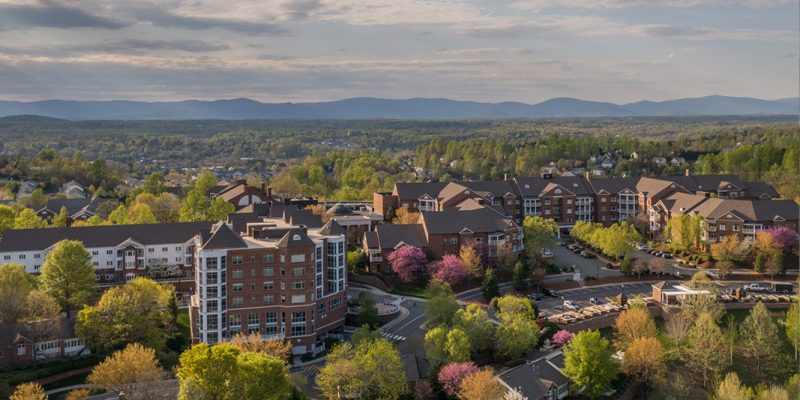 Throughout his time with us, Cal was a force for good within the community. As a final gift to his Westminster-Canterbury of the Blue Ridge family, he gifted over $500,000 to the WCBR Foundation. This remarkable gift was not the first of his contributions, however. A forestry enthusiast with a philanthropic mindset, Cal was always willing to lend his time and talents to neighbors and friends.

Cal earned his BS in Forest Management from Penn State University and subsequently began his 42-year post with the Virginia State Department of Forestry. He held positions across Virginia before being promoted to Deputy State Forester bringing his family to the Charlottesville area.

In 2003, Cal and his beloved wife, Ruth, moved from the Greenbrier neighborhood to WCBR. Ruth counted the WCBR Foundation’s Fellowship program as one of the significant reasons they chose to move to WCBR – the fact that no one has ever had to leave the community for lack of funds appealed to her humanity. She made it clear to Cal that Fellowship was to be one of their philanthropic priorities.

At WCBR, Cal brought his forestry knowledge and expertise to campus. He worked with arborists who tagged, listed, and mapped the campus’s trees and plantings. Cal looked at how to make WCBR a better place for the things he valued and WCBR valued.

I talked to some of Cal and Ruth’s friends to learn more about him and his impact at WCBR.

Annette Gibbs said, “He was such a nice person. He was always out and about doing a little bit of this and little bit of that for everyone. The two loves outside of his family were his church and WCBR…and he liked playing poker.”

“Cal gave tours to residents, associates, and friends and told them of the trees’ value, properties, and health. He shared which trees were vital for birds and other wildlife. He was always pleasant and a positive influence.” shared fellow longtime resident, Joy Perry.

“Cal was a lovely man, and very generous with his help. Dick, my late husband, and I had a problem tree in the front yard that was slowly dying. He came by and gave the final word that it wasn’t going to make it.” Nancy Erwin, a 29-year resident remembered with a bit of a laugh. “In better cases he would provide options of what could or should be done.” 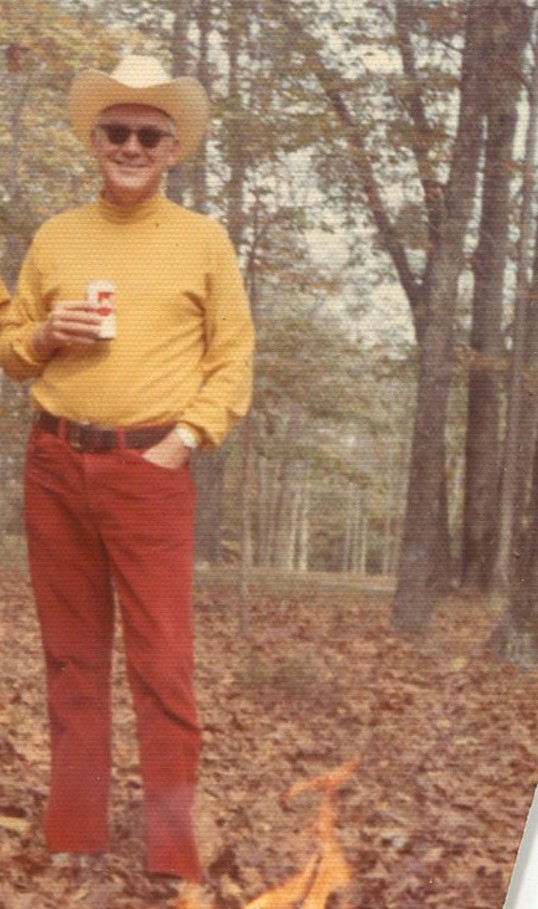 Peggy Harbert recalled, “Cal was a loyal, dependable friend. I knew Cal, Ruth, Gay, and Janet. We were active in the same church and lived in the same neighborhood before they came to WCBR. If you wanted to know anything about a tree, Cal was the one you asked.”

“Years ago, Cal chaired the Building and Grounds Committee. He was the go-to-guy to discuss trees on the campus. He was greatly respected not only for his knowledge and helpfulness to the facilities team but also because he was an unassuming, good man,” shared Gary Selmeczi, President and CEO.

Peter Buchanan voiced, “Wonderful friend, savior of our shade tree, faithful counselor to Jane- his successor as Chair of Buildings and Grounds, appreciated by all who knew him for his countless acts of kindness. Cal has left us with a breathtaking example of the philanthropic spirit he exemplified in life. His generosity enhances the core strength of the community he loved. Simply, one of our very best!”

Trees give. They offer shelter, food, and protection. It turns out trees and Cal have some similarities.

You see, Cal was also a philanthropist and remembered what Ruth had impressed upon him two decades before.

That’s why he chose to give such a generous gift to the Westminster-Canterbury of the Blue Ridge community. When Cal thought of WCBR, and the community he loved, he thought of the short-term and the long-term — or should we say, Cal saw the forest and the trees. Now the Pennock legacy will offer shelter, food, and protection to residents through our Fellowship program.

We are so grateful to Cal, Ruth, and their family.