Hear directly from our residents about the care and support they are receiving during this challenging time.

See how our residents are staying involved in this time of social distancing. A video showcase from our community to yours.

An Important Message from Westminster-Canterbury of the Blue Ridge

We are Committed to Ensuring a Safe Environment for All Who Live and Work in this Community.

In these unprecedented times, our focus here at Westminster-Canterbury of the Blue Ridge (WCBR) remains exactly the same. We are committed to ensuring a safe environment for all who live and work in this community. We have taken many steps to achieve an environment where residents receive the highest level of protection while still enjoying many of the comforts they deserve and expect. We all work together to stay safe and strong, and the spirit of caring and compassion, a cornerstone of this community, carries us through each day.

We continue to follow best practices as outlined by the CDC and the Virginia Department of Health. Our residents are back to enjoying wellness classes, using all the fitness facilities and meeting in-person as well as in large groups. We are excited that three dining venues are fully opened. Our flagship resturant for fine dining, Jefferson's (reservations only) will be opened at the end of July.

As of Monday, August 9th, we are now requiring all guests to wear masks while in our community. We remain steadfast in protecting the welfare of residents and associates in light of the increasing positivity rates of COVID-19, the rapid spread of the Delta variant, reports of breakthrough cases, and emerging information regarding the long term efficacy of vaccinations,

As updates occur we will continue to update this page.

A deep dive into the COVID pandemic, with Dr. Costa Sifri 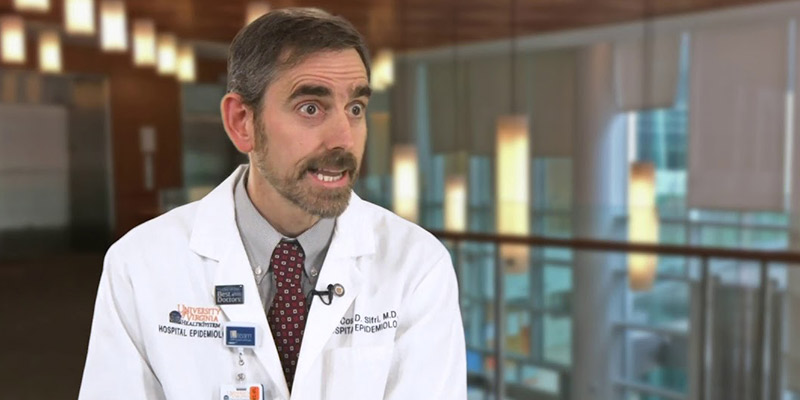 The following is an overview of Dr. Sifri’s presentation on April 28, 2021. In early May, the WCBR community was pleased to host a special lecture by Dr. Costi Sifri from the University of Virginia. He is the director and a professor of Hospital Epidemiology at the UVA hospital, with particular expertise in the fields of infectious diseases and international health. Which makes him the perfect person to bring us up to date on COVID-19, from origin to what we should do now, and on to what to expect next. Given the WCBR audience to which he was speaking, it was a “sophisticated talk," not different from what he offers to medical students. You can still watch the lecture online, where you will experience a deep dive into such critical topics as: 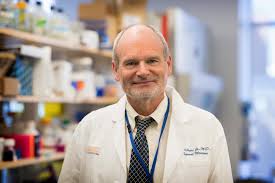 We're very lucky here in Charlottesville to have Dr. William Petri in our community. We are dealing with the worst pandemic in a century, and he is a leading expert in the field.

Dr. Petri is the Wade Hampton Frost Professor of Epidemiology and vice chair for research at the University of Virginia Department of Medicine. (Learn more about him and his work from his UVA bio, or at his Wikipedia page.)

You may recall that back in July, Dr. Petri spoke to us here at WCBR in a special video presentation, during which he took questions. You can still view that here. He talked to us about the care and treatment of people with COVID-19 and advances in research, including a grant proposal he had submitted on a COVID vaccine that was under development.

Now, he continues to share his expertise to help us all understand this delicate moment – when more and more of us are getting our vaccine, but other threats hang over us. Such as the new variants that have cropped up.

What are these variants, and what do they mean to us as we try to defeat COVID-19? UVAToday recently caught up with Dr. Petri to ask him those and related questions.

You may read the entire article here.

But here, paraphrased, are some of the main points covered:

What are the main new variants?

The U.K. variant, which is estimated to be 30-40 percent more contagious, has now been found in more than 70 countries and 40 states in this one. It’s been found here among the university community, and it’s growing so fast it could soon become the dominant variant in the United States.

The South Africa variant has spread less widely, but it may be better at getting around vaccines than the U.K. version.

The Brazil variant, similar to the South African, has been detected in several countries and two U.S. states.

Another has recently emerged in California, and may be responsible for about half of the COVID cases in the Los Angeles area. Not much is yet known about it.

How did variants develop so fast?

They didn’t, really. Coronaviruses in general mutate at a much lower rate than, say, influenza or HIV. That’s why they’ve shown up relatively late in the pandemic. The high number of infections has given the virus more and more opportunities to mutate, and to become more transmissible.

That vaccines produced by Moderna and Pfizer are producing extremely high levels of antibodies. With these vaccines, the new variants are not escaping vaccination – even the South African variant, which has proven a tougher target for vaccines from other companies.

We don’t know exactly when antibodies from the Pfizer and Moderna vaccines will wane, because they have only been in circulation a few months. Also, other vaccines – such as the AstraZeneca and Novavax – are not doing as well against some variants.

How can we protect ourselves from the new variants?

The same things as before: wear a mask, wash your hands, keep physical distance, avoid gatherings, especially indoors. And maybe wear two masks rather than one. “I have begun wearing two masks in some public settings,” said Dr. Petri.

There’s much more. Go check it out.

Here’s a series of livestream messages from President and CEO, Gary Selmeczi to our residents. Guest speakers providing additional information appear as well.

To view previous messages you can scroll through the black box in the upper left-hand corner.

A video showcase from our community to yours

While we were social distancing, here are a few streaming options that residents are enjoyed in their own homes.

Insights from our community and loved ones

Hear directly from our residents and their family members about the care and support they have received during these challenging times.