Meet these new residents, and learn what they love about WCBR 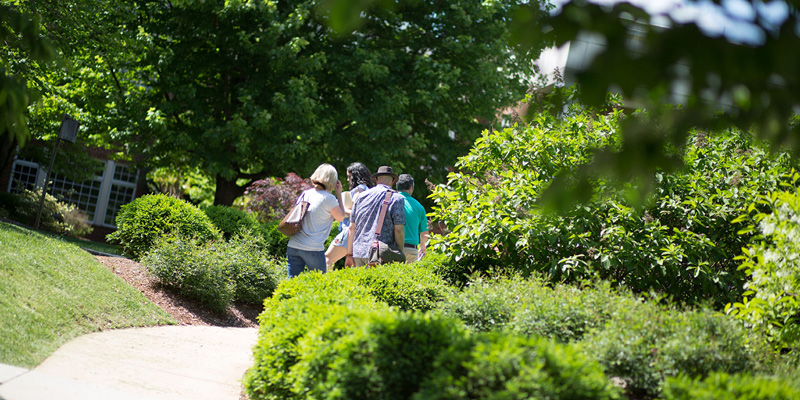 As residents have been able to get out and socialize more at Westminster-Canterbury of the Blue Ridge, they’ve had some new neighbors to meet.

Recently, WCBR held its first New Resident Welcome Reception in a year. New folks had been moving in all that time – 14 in just the previous six months.

Here are some of those who have found a new home among us:

Annie Stern moved in on January 8, after living in Cincinnati for 29 years.

Coming here was a natural move for her. After moving all over during her father’s Army career, the family settled in Virginia, and she has “all sorts of relatives” nearby. She came to visit after her husband died, and found that an apartment was open, and made the move.

“I love it,” she says. “It’s like living in a hotel, with someone who cooks and cleans.” But that’s just the beginning. There are so many conveniences, such as the gift shop and the bank. And I just found the whole atmosphere so welcoming. She loves “the gestalt of the place.”

“The people are so welcoming and friendly,” she says, from the staff – “everybody is so helpful, polite, professional” – to her fellow residents.

“When I moved, they had a welcoming committee,” she said, which was wonderful because “I hadn’t moved for the last 30 years.”

There was a lot to do – “I had a lot of art. Had a horse to bring.” But WCBR just anticipated every move, and did what was needed to get her in and settled. When she got here, the apartment was completely renovated, with new appliances. “They look for ways to make your life easier, from the people who came to hang pictures, to the residents who welcomed me.”

She feels like she’s “on a honeymoon.” Everything has “exceeded my expectations. I didn’t even know I HAD expectations, it all moved so fast.”

She hasn’t had time to do much since she arrived. She walks regularly, is a novice birder, and enjoys the pond and 17-acre preserve.

Soon, her horse will get here. Something else to look forward to.

“We moved in in November,” says Bruce Chase of himself and his wife Jamie. They’ll be moving again in July to an apartment that looks out west upon the Blue Ridge Mountains.

Until then, “We’re basically in a temp unit.” But they’re already feeling at home. “We’ve settled in well, considering.” He means, considering they moved when the pandemic was still raging. 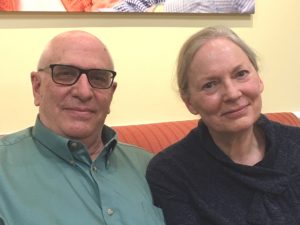 “WCBR has done a great job managing all that,” from keeping residents safe during the months before the vaccines were available, to managing the reopening. “They really ran a very fine balance” between safety and providing the opportunities to resume social interaction. He said that he and Jamie had only known takeout and food delivery during their first months here, but he knows that for longer-term residents getting back to eating together was a big consideration. “For a lot of the residents, dining is the primary socialization mechanism.”

Bruce knows about mechanisms and processes and how they work. He and Jamie came here after he worked 34 years with DuPont, and then a decade as a research professor at the University of Delaware. He is a physicist, and at DuPont he did fundamental research into such things as why Kevlar – the material that makes vests bulletproof – was so strong. He worked to find out “what about the chemical structure gives rise to the property that blocks a bullet” when nylon fibers, for instance, do not.

The Chases had been coming to the Wintergreen Music Festival each summer for years, so “When we decided it was time for us, this seemed like a good place to retire.” They looked around the area, and “Our first exposures to WCBR were wonderful.”

The process for checking out WCBR was systematic. First “We looked at healthcare, the assisted living and the memory care.” As he explained, “Something bad could happen at any time,” and they wanted to look ahead. Then they looked at the independent living area, and found the whole situation very attractive.

They loved Charlottesville as well. “This place, once we saw it, it was just very clear.”

They weren’t disappointed. “The community has been extremely welcoming to us.” He was glad to find he had a lot in common with some of his neighbors, as there were “something like 10 or 12 other chemists and physicists.”

It’s not just the neighbors who impress. “So quickly, staff will welcome you by name.”

And, he adds, “So will your neighbors.”

Isaac Winograd has been here a little longer than Annie and the Chases. He moved to WCBR in December 2019.

He and his wife had been living in another retirement community in Leesburg. But after his wife died two years ago, “I moved here to be closer to family.”

He had already been interested in WCBR. “About 10 years ago, my wife and I took a tour of Westminster and were very impressed.”

“I love the topographic setting… with the Blue Ridge Mountains in sight,” he says. “Very attractive.”

Where is he from? “Originally, all over.” He was born in Connecticut, grew up in the Midwest, and his work took him many places out West. He was a geologist, working for the United States Geological Survey.

He really likes what he has found at WCBR. His former community was “four times as large, but the library here is about five times larger.” He praises the gymnasium, with state-of-the-art equipment and swimming.

“Things are now opening up,” but even during the social distancing, there were plenty of opportunities to stay active, such as exercise classes on the TV system. But he admits “I don’t do it as regularly as I should.” 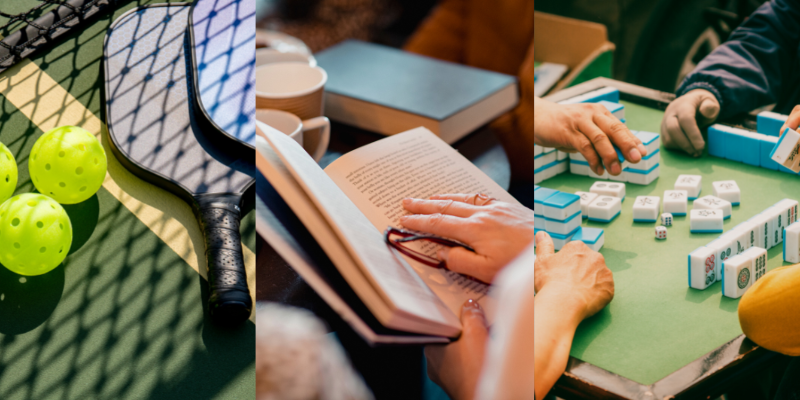