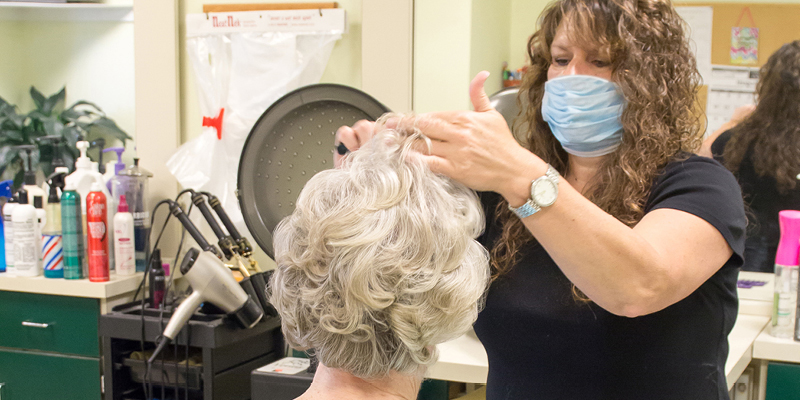 Bettye Wall says no one spends more time in the WCBR beauty salon and barbershop than she does.

“I always go once a week to get my hair done,” she says. She also goes in once a month for a facial, and she says she is pleased with the results. Not only is she happy with the condition of her skin after all the time she has spent in Florida, so is her doctor.

More than that, the two women who work there give her “as good a haircut as I have ever had.” Also, she adds, they are “very caring, lovely people,” and “they’re very accommodating.” 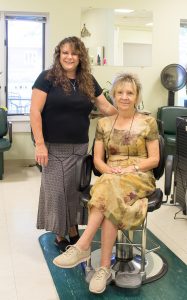 And it is convenient, which is something she was looking for when she first came to WCBR. “When I moved here, I approached everything as though I didn’t drive,” anticipating that the day would come when she couldn’t. And that meant getting her hair done on campus.

That put her ahead of the game when COVID-19 came along. “There’s a big crowd here that came from Charlottesville, and they often continue to patronize their familiar salons in town.” But the shop at WCBR was able to open, safely, before some of those establishments did. Bettye jokes that at that point, ladies who were used to going into town realized, “Well, I can go here and my white hair will be red again!”

Actually, there are two shops – the main shop and a satellite operation on the third floor that is more accessible for folks in the Health Center. Pam McDaniel runs them both, under the supervision of Emily McDuffie and with the assistance of Michelle Turner.

The main shop has four stations, divided by a wall – two stations on each side. Pam and Michelle do everything – “all services except pedicures,” says Pam.

Beauty salons and barbershops have a way of making a place a community. Think Floyd’s Barbershop in Mayberry, or the salon in “Steel Magnolias.” And the one at WCBR is like that.

Appointments are scheduled every half hour, but there is often more than one resident in the shop: “One lady under the drier, one getting a cut,” says Pam. Occasionally there is a walk-in, but not all that often. And, while it is not crowded, residents do take the opportunity to read magazines and socialize. “We hear all the talk,” she says, but what is said in the salon stays in the salon. 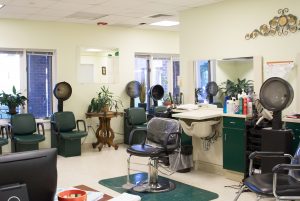 But these last 17 years have been the best, she says. That’s because of the residents: “They’ve become my friends.” 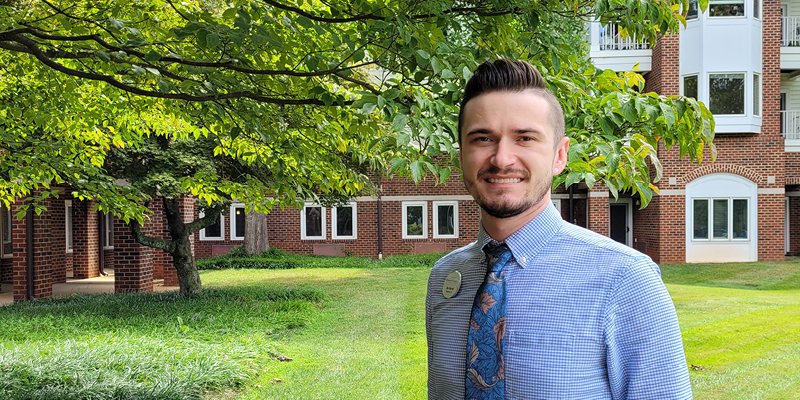 For Service Manager Ray Harrell, it’s all about the residents 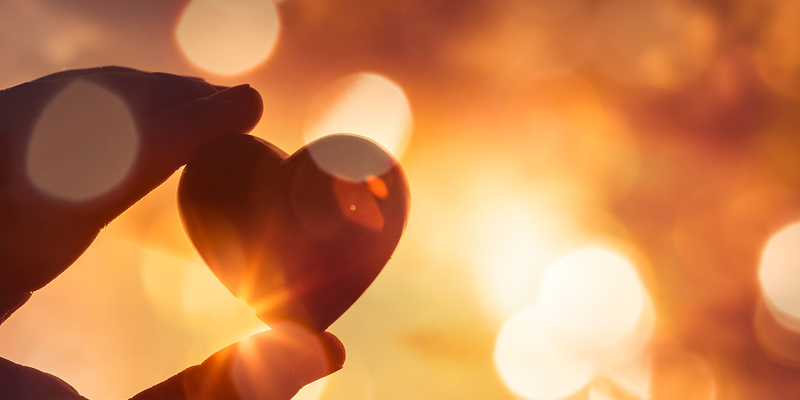 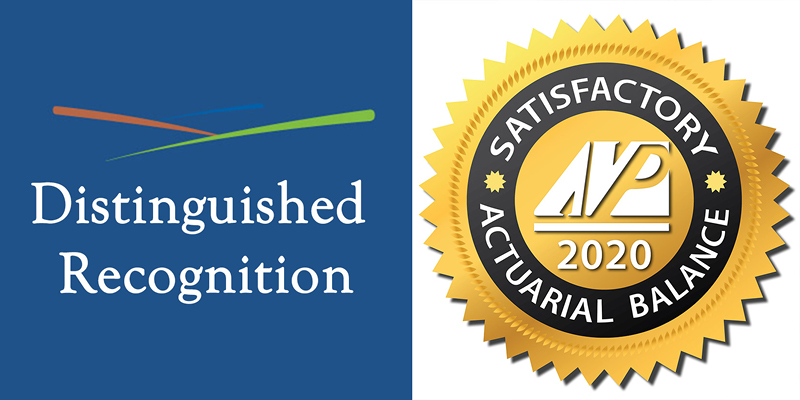