The Authers moved to WCBR at just the right time 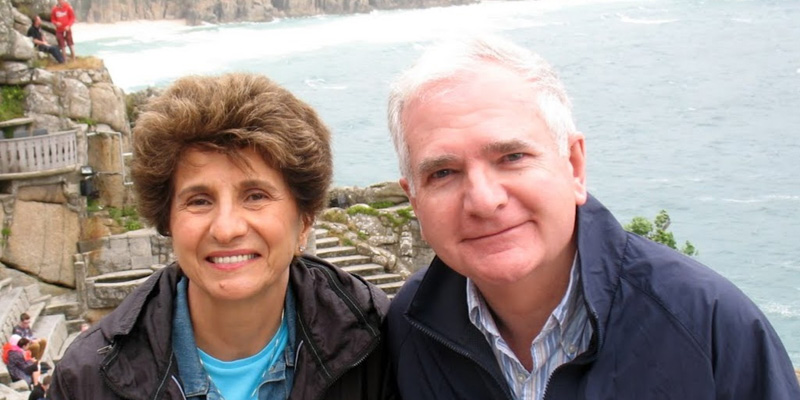 Roger and Donna Authers moved in to Westminster-Canterbury of the Blue Ridge with perfect timing. It was Jan. 27. “We’re very lucky to have arrived just in time to get our vaccine,” says Donna.

They had already been living in Charlottesville, but not forever. They have been around.

Donna is originally from Pittsburgh, and Roger was “born and raised in the West Country of England” – in Devonshire. When a new acquaintance mentioned that he didn’t have a very marked British accent, Donna exclaimed: “He tells people he’s been corrupted by me.”

Starting out so far apart, how did they get together? “I met this lady in Paris in a business meeting in 1991,” says Roger. They were there for a conference. Donna had a 30-year career with IBM in sales and marketing management, and Roger was a consultant in the IT field.

They got together and moved to Connecticut, where, Roger jokes, Donna settled down to try her hand at being “a housewife.”

“Ha-ha,” says Donna. The truth is, “I changed careers from chasing the almighty dollar around the country for IBM to giving back as a nonprofit volunteer.” Since 1992, she has worked with hospice organizations, counselors, social workers and clergy. Her work has concentrated on helping people, many of whom were dealing with grief and loss, cope with changepoints in their lives.

Based on her personal and professional experiences, she wrote a timeless book appropriately titled, A Sacred Walk: Dispelling the Fear of Death and Caring for the Dying. Her website describes it this way:

You are invited to accompany Donna Authers through the pages of A Sacred Walk. If you fear death or the dying process or you would like to know how best to provide practical, emotional, and spiritual support to a friend or loved one living with a life-threatening illness, this book is for you.

Since moving to Charlottesville, she has done quite a bit of church and hospice work, but also traveled around the country lecturing on many subjects related to her book.

What made them decide to move to WCBR? For one thing, they already had “many friends here,” and they all spoke highly of the place.

The Authers wanted to be someplace that not only suited their current lifestyle, but where any future needs would be taken care of. “We don’t have any children,” Donna explains, so they had to figure the future out for themselves, which was fine: Roger added, “We are planners, and we like to anticipate, and position ourselves to take advantage of a full lifestyle with the freedom to give something back in appreciation for the life we have enjoyed so far.”

And that they have in their cottage at WCBR, where they are enjoying “independent living, until further notice.” 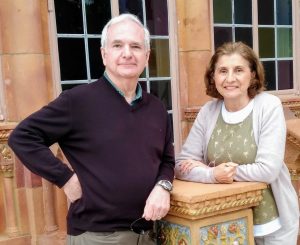 They like staying active, and look forward to a broad array of activities opening before them as COVID restrictions subside. But already, they stay busy. For his part, Roger’s main interests are music and woodworking.

In fact, even before living here, he had been playing the organ in the WCBR chapel as a volunteer for a number of years. And there are plenty of facilities for woodworking. “They have a very well-equipped shop here,” and he also works in his own cottage garage, which is large enough to allow him to make room for his lathe and other tools. He specializes in wood-turning – “bowls and such.” He sells his creations in the museum shops at Madison’s Montpelier and Monroe’s Highland.

“We are very impressed with the warm welcome we have received” from other residents at WCBR, and the associates have been “wonderfully responsive as well,” says Donna.

And they’re looking forward to experiencing more: Days before the Main Dining Room was to reopen for seated dining, they already had a reservation for a dinner date with another couple.

The Authers look forward to traveling again – they had to cancel a planned trip to New Zealand when the coronavirus intervened. And they want to be able to visit family, in such places as Florida and the United Kingdom. They’re particularly fond of both Devon and Cornwall.

But for now, they’re very happy to be settled at WCBR. “We love it,” says Donna.