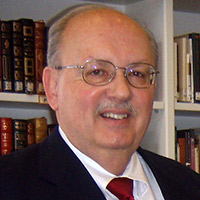 Alan N. Culbertson, Chairman
Alan Culbertson is Chairman and CEO of A.N. Culbertson & Company, Inc., a wealth management firm headquartered in Charlottesville. He has served as Chair of both the WCBR Corporate and Foundation Boards. Alan has also been privileged to chair or serve on some thirty other civic boards and committees, including Martha Jefferson Hospital, Piedmont Virginia Community College, the Charlottesville Area Community Foundation, and Hospice of the Piedmont. 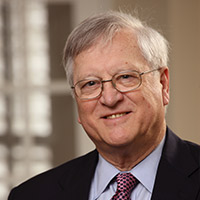 William "Nick" E. Carter, Jr. Vice Chairman
Nick is retired from the UVA Health System where he served as a senior administrator for 25 years. He formerly served on the WCBR Corporate Board as Chairman, along with various UVA Boards, and currently serves as a member emeritus of the Session of Trinity Presbyterian Church. Nick and his wife, Linda, are residents at WCBR. They have been married for 55 years and have two daughters and four grandchildren. 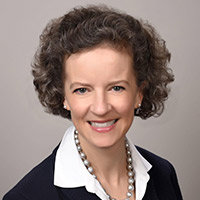 Anna D. Buchanan, CFO & Treasurer
In January 2019, Anna joined WCBR’s executive team as CFO, having previously served as a WCBR Board Trustee and Finance Committee Chair. Anna has an MBA from the Darden Graduate School of Business at the University of Virginia and a BS in Petroleum Engineering from West Virginia University. Bringing over three decades of experience in financial management, operations and strategy to her role, Anna has 15 years of healthcare finance experience developed in the acute care setting. Her prior roles include serving as Chief Financial Officer for West Virginia University Health system’s East Region. Anna also served as Director of Financial Planning for Sentara Martha Jefferson Hospital, where she developed the strategic capital planning process, managed the annual budgeting process, and led the financial analysis and decision support functions. Anna resides in Albemarle County with her husband, Ron. 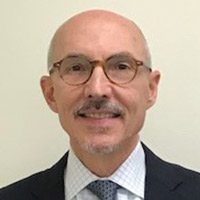 Gary B. Selmeczi, President & CEO
Gary has served as President and Chief Executive Officer since July 2005. Previously, he served at Goodwin House, Inc. and was the Executive Director of Goodwin House Alexandria from 1993-2005. He is a graduate of Westminster College and received a Master’s of Health Services Administration from George Washington University. He is a licensed Virginia Nursing Home Administrator. Mr. Selmeczi has been active in various professional, trade and civic organizations, served as President of the Charlottesville Rotary Club, a Juror in the Design for Aging program, a former Evaluator for the Continuing Care Accreditation Commission, and is currently serving a four-year term on the State Medical Facilities Plan Task Force. He also serves as an Elder at First Presbyterian Church in Charlottesville. Gary resides in Earlysville with his wife, Aileen. 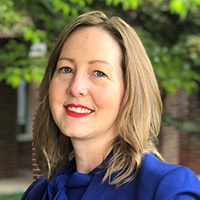 Bethanie Constant, CFRE, VP of Development & Secretary
Bethanie joined the Executive Leadership Team in June 2021 and brings 16 years of professional development experience to serve WCBR. As Vice President of Development, Bethanie oversees the day-to-day operations of the Foundation and ensures the philanthropic mission is accomplished. Bethanie earned her BS in History from Lander University and holds certifications in development and management. She is a Certified Fund Raising Executive and member of Virginia Association of Fund Raising Executives, Network of Academic Corporate Relations Officers, and the Council for Advancement and Support of Education. She and her husband, Chris, have one son and live in Charlottesville. 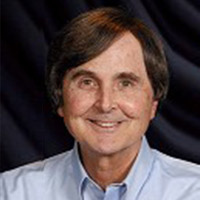 Dennis S. Rooker, Chairman, WCBR Board of Trustees
Dennis has lived in Virginia for most of his life and has been a practicing attorney in the Charlottesville/Albemarle area for more than 40 years, providing legal services primarily to media, data and corporate clients. His practice has focused on providing financing, acquisition, appraisal and management advice to his clients. He has also owned and operated daily and weekly newspapers, radio stations, magazines, commercial real estate and a small venture capital company. Dennis received his BA in economics from the University of Virginia, where he was Phi Beta Kappa. A member and former chair of the Albemarle County Board of Supervisors, Dennis brings a wealth of experience to the WCBR Board. He and his wife, Ann, attend Church of Our Saviour.
Annette Gibbs
Annette was completing her PhD at Florida State University when she was recruited by the University of Virginia to navigate their transition from a largely single-sex to fully co-educated institution. Following these challenges of “deaning,” she transitioned to professorial teaching and scholarship. As UVA’s director of the Center for Higher Education, she taught, advised, and mentored hundreds of graduate students and supervised scores of doctoral dissertations. Many of those students are now college presidents and deans. Annette has served on numerous professional and civic organizational boards, including the Ferrum College Board of Trustees. She is a member of Aldersgate United Methodist Church in Charlottesville. 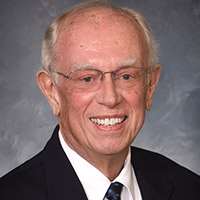 James "Jim" C. Greene
Jim Greene served as a Science Expert for the Committee on Science, Space, and Technology of the US House of Representatives for both Republican and Democratic leadership. Jim was staff director for the US Fire Administrator and retired from the National Security Office, both part of FEMA. He has degrees from Appalachian State University and a PhD from Virginia Tech. Jim was a staff wildlife photographer with Florida Wildlife Magazine and published two wildlife books at WCBR. Jim and his, wife, Betsy, became WCBR residents in 2013. 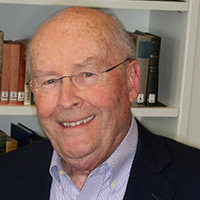 James P. Holden
Jim is a retired lawyer and former partner and chair of Steptoe & Johnson, LLP in Washington, DC. He was a member of the American Bar Association House of Delegates and served as national Chairman of the ABA Section of Taxation. In the Charlottesville area, he has served as President of the Ednam Community Association, as a member of the Board of Directors and Treasurer of Farmington Country Club, and as Treasurer and a member of the Vestry at Grace Episcopal Church, Cismont. Jim and his wife, Mary, have been residents of WCBR since 2014, and Jim has served as chairman of the WCBR Residents’ Association Finance Committee. Jim and Mary have three married sons, two living in London and one in San Francisco, with five grandchildren among them. 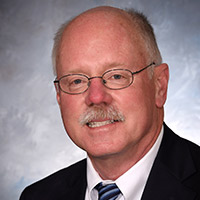 David Maloney
After earning Master’s and PhD degrees in accounting at the University of Illinois, David returned to his native Virginia in 1983. Accepting a faculty position at UVA’s McIntire School of Commerce, David remained for 30 years as an educator and researcher. David served on the American Accounting Association and the American Taxation Association. David and his wife, Eleanor, are members of First Presbyterian Church, where he has served as a deacon, ruling elder, and chair of their Finance and Administration Committee.
Cathy (Link) Sedwick
Cathy (Link) Sedwick has enjoyed a lengthy career in not-for-profit management and fund raising, the last 18 years of which as the Director of Philanthropy for the Martha Jefferson Hospital Foundation at Sentara Martha Jefferson Hospital. Cathy has held fund raising positions in health care, land conservation, higher education, and community-based care for disabled adults. She received a BSW from James Madison University and an MNO from Case Western Reserve University. Cathy and her husband, Benny, reside in Orange County. Her uncle is a WCBR resident and she is a regular visitor to WCBR. 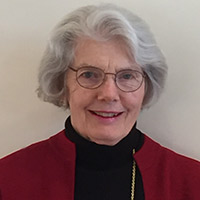 Julie Stamm
Julie Stamm is currently a Principal at Vawter Capital, LLC, a private equity investment firm in Charlottesville where she has worked since 1999. Prior to that time, she was an Executive Director with Goldman Sachs in the San Francisco and London offices. She was also a Vice President at the Bank of Boston in Boston, Massachusetts. Julie is a graduate of Wellesley College. She has served on the Piedmont CASA and the Martha Jefferson Foundation Boards. Julie and her husband, Charlie, have been residents of WCBR since 2017. 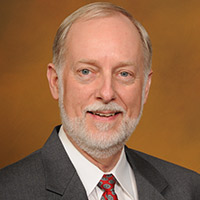 Ross Thomas
Ross is WCBR’s only dual-board trustee, serving on both the Corporate and Foundation Boards. He is also the immediate past President of the WCBR Residents’ Association. Ross received his BS degree from the University of Virginia, and his MS and PhD from Penn State. During his career, Ross has served as the Vice President and Chief Technical Officer at Babcock & Wilcox, an American industrial manufacturer best known for its fossil power, nuclear power, and environmental systems. He has also been professor and head of the Physics Department at Virginia Military Institute. Ross and his wife, Susan, have been residents of WCBR for more than five years. They are both very active members of the community. 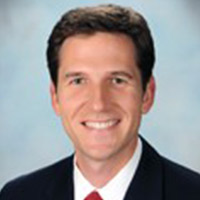 Kevin Wells
Kevin is a Certified Public Accountant and Personal Financial Specialist. He is currently a Senior Vice President at Chilton Trust in Charlottesville. Kevin’s expertise includes client management at Sapere Wealth Management in Charlottesville, where he advised clients on financial matters, including taxation. He was also manager of the tax group at Silvercrest Asset Management Group in Charlottesville, where he handled tax compliance and planning for individuals, trusts, partnerships and foundations. Kevin earned his MBA from the New York University Stern School of Business, where he focused on investment management and business law, and his BS in accounting from Virginia Tech in Blacksburg. Kevin served as an advisor to the WCBR Audit Committee for two years prior to joining the Foundation Board.

Want to make a donation to our foundation?