WILL lecture: ‘Something Old is New Again: Phages to the Rescue’ 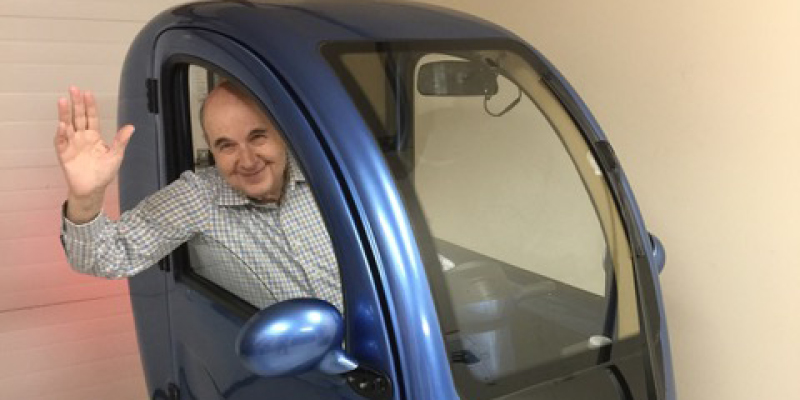 It was a thoroughly engaging medical-detective thriller, with implications for both the past and future of healthcare.

In a Westminster Institute of Lifelong Learning (WILL) lecture, Steve Goldstein told a fascinating story about a medical researcher who, through persistence and creativity, brought her ailing husband back from the brink of death. You can watch a video of his talk here. 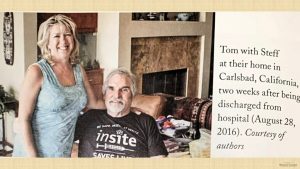 Tom Patterson is a professor of psychiatry at UC San Diego Health, part of the University of California system. His wife, Steffanie Stathdee, is a professor of epidemiology at the same institution. A few years ago, they went on a vacation to Egypt, and Tom got sick.

Very, very sick. They evacuated him to a hospital in Germany, where he was found to have a particularly nasty infection, one of the most dangerous, antibiotic-resistant bacteria in the world: Acinetobacter baumannii. It’s a multidrug-resistant killer that is also called “Iraqibacter” because it has infected soldiers who served in Iraq.

When the hospital in Frankfurt couldn’t help him, Tom was airlifted home to the hospital where they both worked in San Diego. But he didn’t get better there, either. In fact, he was dying. He slipped into a coma. His organs were starting to fail.

So Steffanie proposed that it was time to try something radical. She started looking into bacteriophages – viruses that eat bacteria.

Bacteriophage therapy is practically unknown today in the West, but a century ago it was a hot subject of research around the world. Then, in the 1940s, antibiotics were discovered and widely adopted, and medical researchers in the West mostly forgot about bacteriophages, or “phages,” as they are more commonly called.

After all, phages were very specific and selective. A particular phage would only attack a particular bacteria. Antibiotics were less discriminate – they’d kill any bacteria they ran across. Of course, that means they also killed beneficial bacteria in the body. They also caused those many bacteria – “good” and “bad” – to evolve in order to resist the antibiotics.

In any case, none of these modern wonder drugs was helping Tom. So Steffanie started looking into the few research facilities that still studied phages, the most prominent of which is in Tbilisi, Georgia.

As Steffanie reached out through social media on her global phage hunt, multiple institutions came together to help. San Diego send out samples of what Tom had, and many phages were tried in many places. Labs at Texas A&M University and the U.S. Navy Medical Research Center in Frederick, MD sent back effective phages. After intricate steps of purification and FDA emergency approval, the phages were administered to Tom, and in about 48 hours, Tom awoke from his coma. He began to recover. At one point the bacteria developed resistance to the phages, and a researcher at the Navy lab scooped up some virulent water from a sewer – and found a phage that worked.

Tom believes he wouldn’t have gotten so sick had phages been available at the outset. Steffanie and Tom wrote a book about their experience, The Perfect Predator: A Scientist’s Race to Save Her Husband from a Deadly Superbug.

That story was the narrative hook of Steve Goldstein’s WILL lecture, but he went well beyond it to dig more deeply into the potential benefits of phages.

Phages have always been with us. “Our guts have got billions of microbes in them, including phages,” Steve noted. “In a normal system, the phages keep the bacteria in check. They all work against each other in a natural ecosystem.”

And phages do things antibiotics can’t do. Still, there are drawbacks: “They’re not simple to use or easy to develop.”

He’s very interested in the way medical research has studied phages, then abandoned them, and then studied them again. He draws a parallel: “In the early 1900s motorcars were electric,” until it was discovered that there was “a lot more energy density in oil.” So electric was abandoned in favor of petroleum. But like antibiotics, oil had its drawbacks, so “Electrics are coming back into vogue. Maybe bacteriophages will too.”

Hence the title of his WILL talk: “Something Old is New Again: Phages to the Rescue.”

Steve, who has lived at WCBR since 2014, isn’t a medical researcher. He learned about Steffanie and Tom’s story when he heard her TED Talk on the subject. But he’s a man of wide interests, and “when things interest me I look into them.” He has given WILL talks on electric vehicles, epigenetics, advanced manufacturing, and how computers work.

He knows a lot about that last one. You’ve heard the urban myth about Al Gore inventing the internet? It’s not completely true. Senator Al Gore advanced support for the proliferation of the Internet in the U.S. and partner countries. Steve Goldstein aided countries all over the world to connect to the Internet. Both men were elected to the Internet Hall of Fame. Steve has a great story to tell about the work he did at the National Science Foundation in the late ’80s and early ’90s, helping to convert the military’s inaccessible ARPANET into something that would transform the whole world in ways that most of us could not have imagined at the time.

Most people would be satisfied to talk for the rest of their lives about such an immense accomplishment as that. And Steve is proud of it. But his voracious mind plunges into other topics as well.

This time it was phages. Next time, he says, he may talk about fungi.